Breastfeeding and the law 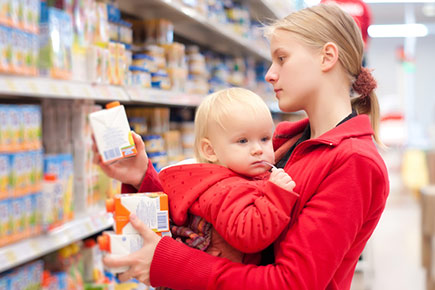 The International Code of Marketing of Breastmilk Substitutes (the WHO Code) was endorsed in 1981 by the World Health Assembly (WHA). The WHO Code is intended to protect babies, mothers and health professionals from inappropriate marketing of breast milk substitutes, feeding bottles and teats. Worldwide countries vary in the extent to which they have adopted the Code. Australia uses a voluntary, self regulatory code of conduct with manufacturers and importers of infant formula, rather than legislation, to enact the Code.

Overview of the Code

The Code and resolutions:

Aim and scope of the WHO Code

The WHO Code aims to protect and promote breastfeeding and ensure proper use of breast milk substitutes on the basis of adequate information and through appropriate marketing and distribution. The WHO Code is intended as a minimum requirement for responsible marketing in all countries.

The WHO code applies to:

Read a full description of the Code

View a summary of subsequent resolutions

Australia's response to the WHO Code

How Australia has implemented the WHO Code

Australia has implemented the WHO Code through:

Australia should fully implement the WHO Code

In Australia, the scope of the MAIF Agreement is limited to infant formula (suitable to 12 months), and is therefore not consistent with the broader scope of the WHO Code (breast milk substitutes up to 24 months).

Sophisticated marketing techniques for products outside the scope of the MAIF Agreement undermine the intent of the WHO Code.

The WHO Code and subsequent resolutions remain at least as relevant today, if not more so, three decades on. Changes in technology and scientific advances have paved the way for more sophisticated and diverse marketing of breast milk substitutes.

The World Health Assembly as recently as 2012 urged member states to strengthen legislative, regulatory and/or other effective measures to control the marketing of breast milk substitutes.

Australia has not met this call to action. Instead, despite recommendations, no progress has been taken to strengthen the MAIF agreement or complete the original implementation plan for Australia's response to the WHO Code.

Health workers need to understand their responsibilities under the WHO Code

Over a third of the WHO Code is addressed directly to health workers. This is necessary because most of the marketing of infant formula is carried out through the health system and targeted at health workers. Regardless of measure adopted by government to implement the WHO Code, allhealth workers need to understand their responsibilities under the Code

Are you a parent needing help?